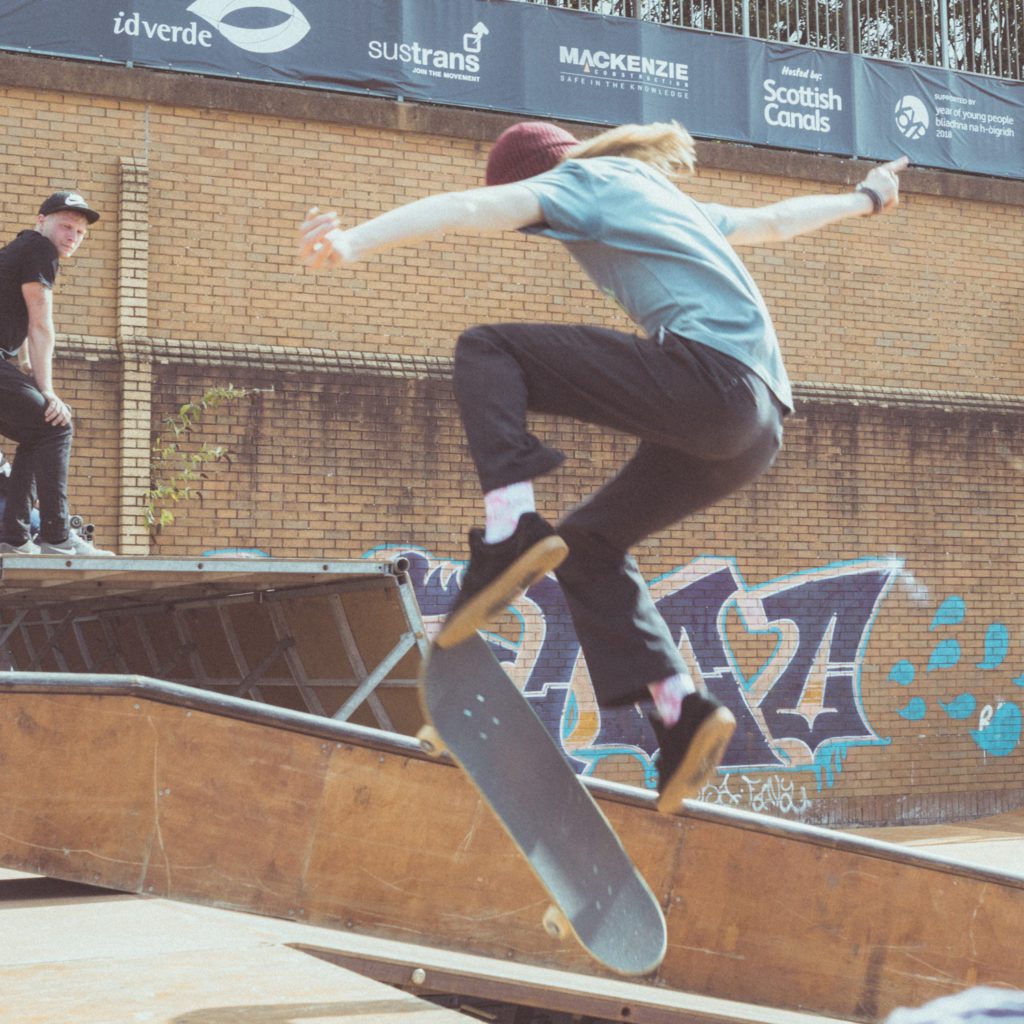 The ambitious project, hosted on Glasgow’s Forth and Clyde canal on 25 August 2018, showcased the UK’s brightest up and coming talents in BMX, Parkour and Skateboarding. The games also provided a platform for young people in attendance to try urban sports themselves through workshops and mini games.

The event hosted several special guests from the Glasgow Warriors rugby team who were involved in a game of ‘canal rugby’, calling out tactics to the lucky participants involved from the touchline.

Mackenzie Construction oversaw the complete transformation of the derelict site around Rotterdam Wharf on the Forth and Clyde canal into an industrial outdoor event space, complete with a 34m long BMX and skateboard stage that featured ramps and pipes.

Andy Dalrymple, Managing Director, said: “When Scottish Canals approached us regarding this special project, we were delighted to get involved.

“Scottish Canals and Mackenzie Construction have a valued, long standing relationship and therefore it has been an absolute pleasure to support them throughout the process. The event was a great fit for Mackenzie Construction, fitting in with our focus on talent and skills development for young people.”

He added: “We are thrilled that we have been able to create a safe, fun environment for the first ever Urban Sports Festival in Scotland as part of the ‘Year of Young People’. It has been a unique, inspiring and exhilarating experience for everyone involved, as well as a great showcase for the impact of rejuvenating the area for the development and enjoyment of Scotland’s young people.”

The Youth Urban Games public event followed the YUG Schools Programme finals, which took place on the same site on Friday, August 24, and involved local primary and secondary school pupils who took part in a number of urban sports, and learnt employability and leadership skills.