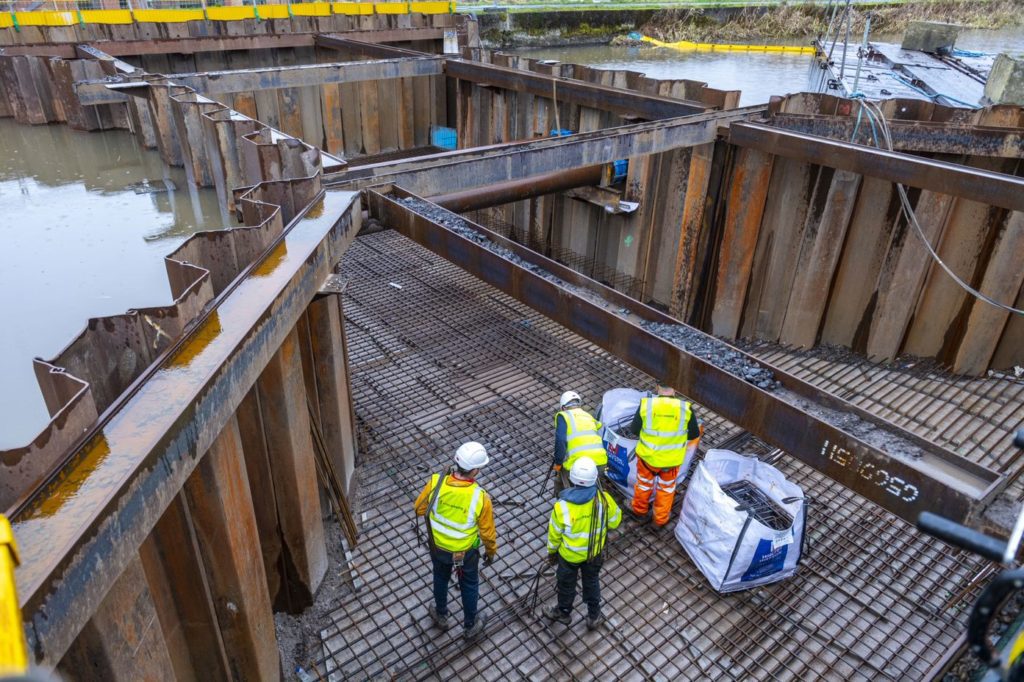 May 2021 marks 20 years since the reopening of Scotland’s historic canals. As a key supply partner to Scottish Canals since 2015, Mackenzie Construction is proud to be celebrating this milestone anniversary having played a role in many of the key canal regeneration projects over the years. We look back on some of the project highlights from the past six years.

Our project replacing the giant lock gates at Fort Augustus and Kytra on the Caledonian Canal saw Mackenzie Construction and Scottish Canals win the prestigious Scottish Civil Engineering Award for Heritage and Restoration in 2019. Opened in 1822, with repairs and improvements made in the 1840s, the Caledonian Canal was built to designs made by famous Scottish engineer Thomas Telford. It took twelve years to construct and the waterway’s 60 miles (96.5km) length includes lochs Ness, Oich and Lochy and 22 miles (35km) of canal with 29 locks. The project itself was no small task as it involved draining a 7,293m (23,927ft) long section of the Caledonian Canal in a process called dewatering, which involved closing some lock gates and locking them closed for the duration of the project.

The North Glasgow Integrated Water Management System (NGIWMS) – Glasgow’s Smart Canal – has seen the creation of a pioneering drainage system to mitigate flood risk using the Forth and Clyde Canal, a scheduled ancient monument, with modern technology to support significant regeneration in North Glasgow. The creation of a ‘sponge city’ – a term used to describe how cities respond to surface water flooding – will see North Glasgow passively absorb, clean and manage rainfall intelligently. As Principal Contractor on the project, Mackenzie Construction worked in close collaboration with Scottish Canals, Glasgow City Council and Scottish Water as well as Principal Designer, AECOM and subcontractor Fairfield Controls to transform this visionary concept into reality.

Without this scheme being realised, there would have either remained a significant constraint placed on development in North Glasgow or an increasing flood risk, within and downstream, of new developments around Glasgow City Centre and the M8 motorway network, which passes through the city. The pioneering digital surface water drainage system unlocks 110 hectares of land across the north of the city for investment, regeneration and the development of over 3000 new homes within two kilometres of Glasgow City Centre, providing quality places for people to live close to the economic heart of the city.

The Claypits Local Nature Reserve in North Glasgow was originally the home of a clay quarry used when the Forth & Clyde Canal was first built in the late 1700s. Over the last few years, Scottish Canals, with Glasgow City Council and Friends of Possilpark Greenspace, have worked together to safeguard The Claypits’ future by having it protected as a Local Nature Reserve. They also secured £5m in funding to support the sensitive development of the site in partnership with the local community.

As part of the regeneration project, Mackenzie Construction was contracted for a range of works from environmental and landscaping improvements right through to the full design and build of a sliding pedestrian bridge which contracts to allow boaters to pass on the canal. The Garscube Bridge was opened in Autumn 2021 and the project has already won a Living Waterways Award in the ‘Engaging Communities – Large Scale’ category. Once complete, the area will provide much needed greenspace for the local communities of Firhill, Woodside and Maryhill.

Works at Bowling Harbour will see the redevelopment of the former railway viaduct into the ‘Bowline’ a fully accessible linear park and pathway inspired by New York City’s High Line. Linking in to the Forth & Clyde Canal towpath and the National Cycle Network route, the Bowline is being developed to be fully accessible for all users and will transform the space for local people and businesses. As Principal Contractor, Mackenzie Construction has been involved in the project since 2018, initially undertaking refurbishment works to the canal swing bridge at Bowling Harbour and then a further refurbishment project to the Dumbarton road bridge. This then developed into the Bowline project which commenced in Spring 2020.

Since then, we have had a great response from the public on the project progression and reached a milestone moment with the installation of a 40m steel ramp at the beginning of the year. We are now working towards the full opening of the pathway, scheduled for late summer 2021.